World War II saw great human destruction, suffering and ironically hope,that some carried throughout their misery in the Holocaust. Holocaust, we all know about it, its even used a metaphor, we’re taught about it and that’s an information vital to us, for that only when we know history can we we know ourselves. But how many of us know about Unit 731? It isn’t another Nazi atrocity but rather in Asia, Japan; it wasn’t until 1984 that the country acknowledged what it had long denied – human experiments for biological warfare.

The Imperial Army of Japan founded the Unit 731 in 1938 led by Lieutenant Shiro Ishi. The goal was to produce biological weapons for war, the unit was supported by Japanese universities and schools which provided the medical researchers for the experiments. Vivisection is the practice of mutilating human bodies, without anaesthesia, to study the operations of living systems. Thousands of men and women, mostly Chinese communist prisoners as well as children and elderly farmers, were infected with diseases such as cholera and the plague, then had their organs removed for examination before they died in order to study the effects of the disease without the decomposition that occurs after death. An anonymous medical assistant described in a 1995 NYT interview his first vivisection:

“The fellow knew that it was over for him, and so he didn’t struggle when they led him into the room and tied him down. But when I picked up the scalpel, that’s when he began screaming. I cut him open from the chest to the stomach, and he screamed terribly, and his face was all twisted in agony. He made this unimaginable sound, he was screaming so horribly. But then finally he stopped. This was all in a day’s work for the surgeons, but it really left an impression on me because it was my first time.”

This is just the tip of the iceberg, some prisoners were tied to skates and then taken outside. The researchers would then test plague-infested bombs on them. Human conscience is a tricky thing, to cater to that the criminals called the human guinea pigs as “logs.” Now some logs were taken into pressure chambers to test how long could their body take the pressure before their eyes popped out.

Weapon testing was also included, rather than using jute made rolls they used live humans to test weapons. Bayonets, swords, and knives were also studied in this way, though the prisoners were usually bound for these tests. Flamethrowers were also tested, on both covered and exposed skin. In addition, gas chambers were set up at unit facilities and test subjects exposed to nerve gas and blister agents. Even heavy objects were dropped onto the prisoners to study crush injuries.

The experiments went to the degree of ‘researching’ about syphilis using “logs.”

To learn what they needed to know, doctors assigned to Unit 731 infected prisoners with the disease and withheld treatment to observe the uninterrupted course of the illness. A contemporary treatment, a primitive chemotherapy agent called Salvarsan, was sometimes administered over a period of months to observe the side effects, however. To ensure effective transmission of the disease, syphilitic male prisoners were ordered to rape both female and male fellow prisoners, who would then be monitored to observe the onset of the disease. If the first exposure failed to establish infection, more rapes would be arranged until it did.

Rape was in the air of those facilities, women of childbearing age were forcibly impregnated to conduct trauma and weapon experiments on them. After being infected with various diseases, exposed to chemical weapons, or suffering crush injuries, bullet wounds, and shrapnel injuries, the pregnant subjects were opened up and the effects on the foetuses studied.

A member of Unit 731 recalling the time said that the very sick and unresisting prisoners would be laid out on the slab so a line could be inserted into their carotid artery. When most of the blood had been siphoned off and the heart was too weak to pump anymore, an officer in leather boots climbed onto the table and jumped on the victim’s chest with enough force to crush the ribcage, whereupon another dollop of blood would spurt into the container.

Now just as the Nazi’s were “punished” for the crimes they committed so were the Japanese involved in this barbaric idea of winning the war through biological warfare. In 1946, US General Douglas MacArthur granted all the Japanese scientists immunity from war crimes prosecution in exchange for the germ warfare data gathered from experiments in Harbin. As just as justice can be, so now that it has been served we can go back to calm over nerves after reading all this because we mustn’t risk it coming into our heads ever again, that’ll be hard to deal with. So #StayAtHome I guess.

Is being a soldier just another job? | Thoughts #28

This one can be titled in various ways, “a soldier’s morality”, “why don’t soldiers kill their own” and many others, the reason being that because . . . 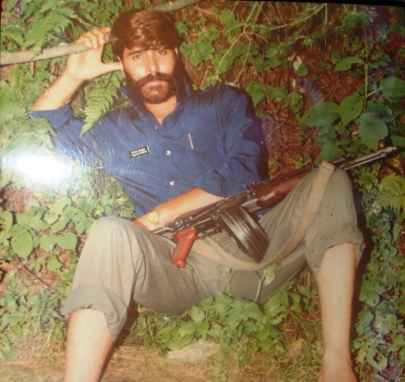